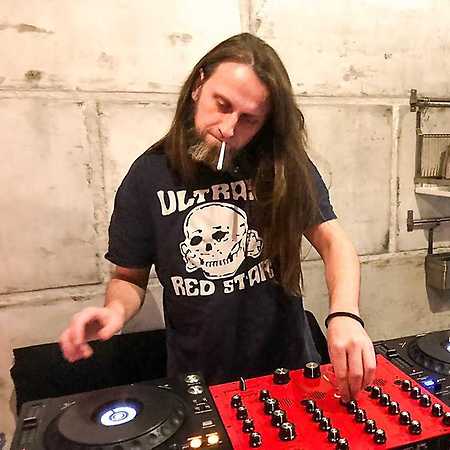 Lüle aka Bojan Gajić is present on club scene since 1999. As a DJ,
producer, live act, one-man show, the duo, radio host. Currently, he is working under alias Kompleks, a project created back in 2007, alongside Nebojša Bogdanović (Schwabe). They are known for their edits, as well as live performances. A few years ago, Schwabe “step out” from the project, so now is Kompleks = Lule. So far, Kompleks released 9 vinyls, and a large number of digital releases. He is very proud on collaboration with Theo Parrish, later released on Far Out Recordings as limited edition 12” vinyl. With Kompleks (or solo under alias Lüle), he performed in Belgrade and all major cities in Serbia. The foreign booking came from Russia, Croatia, Greece, Germany, France, Belgium, Netherlands, Turkey, Poland, Slovenia, Montenegro, BiH. He is one of the first residents in the infamous underground club Boat 20/44.