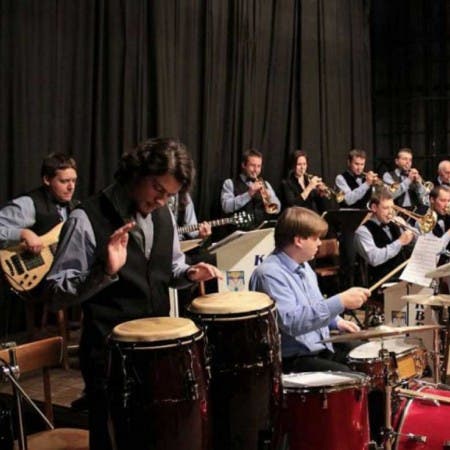 Cologne Big Band was founded in 1999 in Cologne in the restaurant U Vodvářka. Its founder Jiri Safarik there invited musicians, playing in accordance with the tradition of this city especially brass. He paid them a beer to play swing. As the musicians began to talk soon, the number of members rose until it finally settled on a classic big band. Original music was of course a classic swing as he played Glenn Miller’s orchestra, Duke Ellington, Artie Shaw, Woody Herman and Harry James. With the advent of young talented musicians added songs whose original interpreter of Count Basie Orchestra was. Some of them are now students of both the Prague Conservatory and regularly participate in jazz workshops. Currently the band plays selected tracks from other genres – jazzrock, Latin, pop or known musicals.