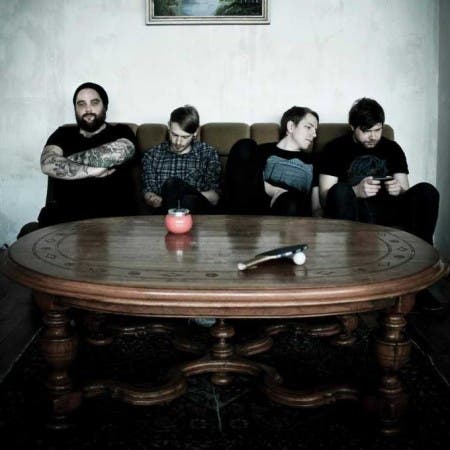 Founded in 2008, Kokomo played their first tour in autumn of the same year followed by countless concerts up until today in many parts of Europe and a tour in Japan in autumn 2015.
Kokomo is an instrumental rock band founded and grown up in the heyday of abandonment of vocals in “modern” rock music. Neglecting vocals is not a trend for the band, it is conscious backpedalling. They want to let the music speak for itself and say much more in the end this way.
In 2009 the band released their debut album Matterhorn Bob And The Black Fair on CD-R in a elaborate handmade packaging, followed by a split-LP with Kasan on Mayiniax Records in 2010. Just like the first album, their second album If Wolves (2011) and their third album S/T (2013) were all recorded independently and released via i.corrupt.records and dunk!records.
After the band collaborated with Terraformer for the project Euryale (2014) they recorded their fourth album Monochrome Noise Love (2016).