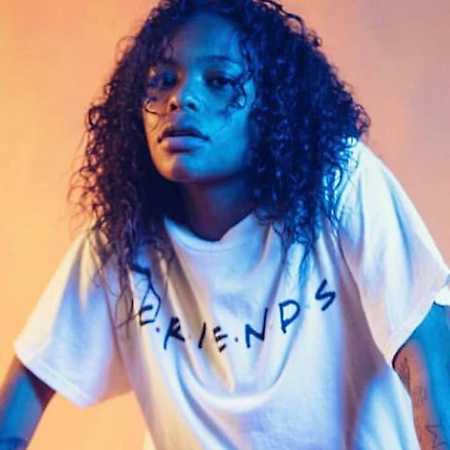 With her infectious positivity and youthful energy, Atlanta rapper/singer Kodie Shane got her big break as the sole female member of Lil Yachty’s Sailing Team. Born Kodie Williams and raised in Chicago, she grew up in a musical family. In the studio, she met Coach K (Gucci Mane, Migos) who introduced her to Lil Yachty in early 2016. A quick friendship blossomed between the two and he recruited her into his crew. After the release of her debut mixtape, 2060, and her first EP Little Rocket, she appeared on the Sailing Team posse cut “All In,” which was released in the summer of 2016 on Yachty’s Summer Songs 2. Her breakout verse helped expand her audience and online streaming presence. Her emotional single “Sad” would become her first hit. Featured on her EP Zero Gravity, the Yachty-assisted track garnered nearly two million streams and led to a deal with Epic Records. In early 2017, she issued the atmospheric mixtape Big Trouble in Little Jupiter.