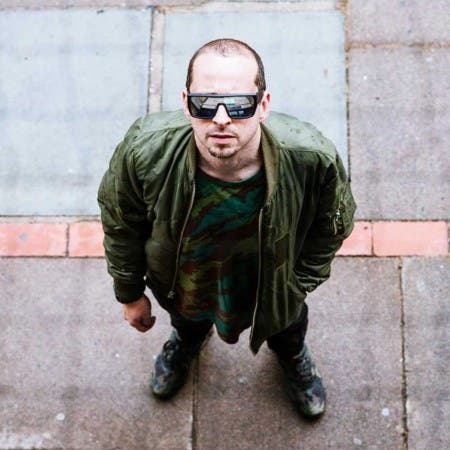 Steve Goodman, known as Kode9, vibrates parts other DJs can only dream of. His early DJ sets and radio shows helped spread the early dubstep sound internationally, but his sets now weave together an unpredictable, bass heavy mix of house, garage, dubstep, grime, footwork, hip-hop, r&b, techno and jungle. Originally from Glasgow, but based in South London since 2000, Kode9 set up the record label Hyperdub in 2004, infamous for unleashing artists such as Burial.