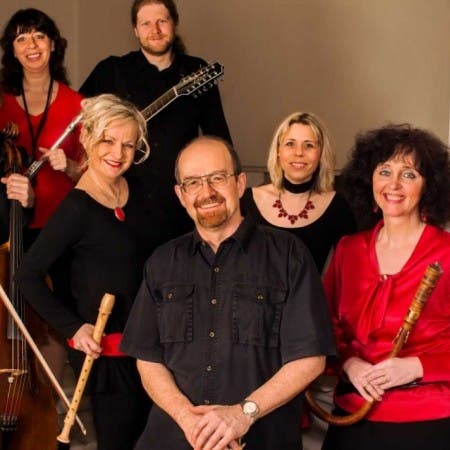 Klíč is a folk group whose songs are inspired by medieval and Renaissance themes and music. In her songs, it is possible to hear folk modern, contemporary chanson and Gypsy melodic elements. He has composed music for most of the songs is a composer, lyricist and singer at the same time and the guitar player Jaroslav Marian.

The band formed in 1982, the peak of its success was the end of the 80th and 90 the last century. In December 2002, the Group ceased after twenty years of public performances. The main protagonists of the group key, husbands Paul and Jaroslav Marians, started since 2005 again occasionally appear at concerts as married duo. – Translated by Automatic service