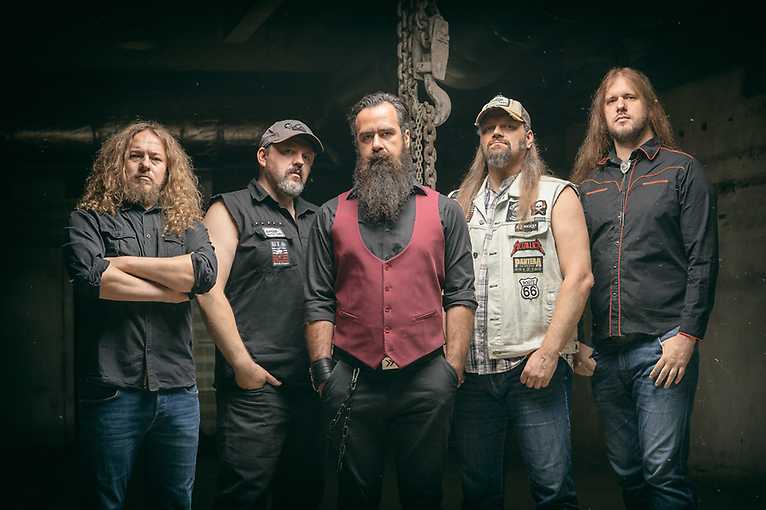 The summer, 15th edition of the cult series Klasz Ov The Sejtans featuring Leash Eye, Tankograd and The Kroach.

The members of Leash Eye currently call their music hard truckin' rock. In practice it is a mixture of a lot of 70’s melodic hard rock and elements of stoner metal or southern rock. The sound of the band is based on the rhythm section enriched with fleshy guitars and distorted Hammond organ. All this laced with remarkable, typically hard-rock vocals. Founded in 2015, Tankograd are armoured riffs, tons of steel and post-traumatic shock. Lyrics about war, totalitarian oppression and ruined cities. They have an album Totaliarian to their credit, and are currently preparing to record its follow-up. The Kroach, the last band in the line-up of the evening, is a young formation from Sulejówek. Their songs balance on the border of various music styles from heavy through progressive metal to metalcore. Semi-finalists of Mam Talent, winners of the golden button at castings. Representatives of Poland at the Wacken Metal Battle 2017 (Wacken Open Air). They have one studio album to their credit entitled. …And Hell We Are (Studio Bazuka Records, Warsaw). They have supported bands such as Bullet For My Valentine, Turbo, Nocny Kochanek and Kabanos.