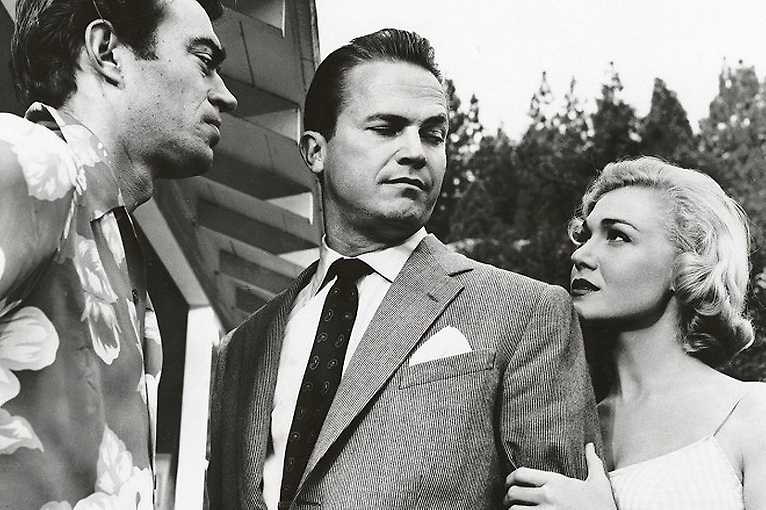 Petr Král: “Police investigation which doesn’t clear the mystery, but reveals it is even darker leads a stirring Kiss Me Deadly (Robert Aldrich) to phenomenal finish: two lovers, embracing and supporting each other at the corridor of the house, in a motion reminding an undersea slowness, trying to flee before the house gets flooded by unknown radiation. These deadly rays are spreading fast from a black box with no lid, left on the table at the empty hall…You can perceive, and image of impossibility to escape a planet and the world where we are stuck. This pair is moving, yet motionless, exhausted, and terrified, also stunned by the image of annihilation. Does the whole planet feel like a sinking ship that is fit to be left, but is there any lifeboat?
This screen is stimulating as well as desperate. Lovers are divided between a desire to escape and the necessity to stay – and on a deeper level – between the horror of the world and the enchantment of love. They represent the embodiment of impossibility to accept existence itself, the decision to live inside it and with all it’s paradoxes; such a decision surprisingly can move the boundaries of existence itself.”