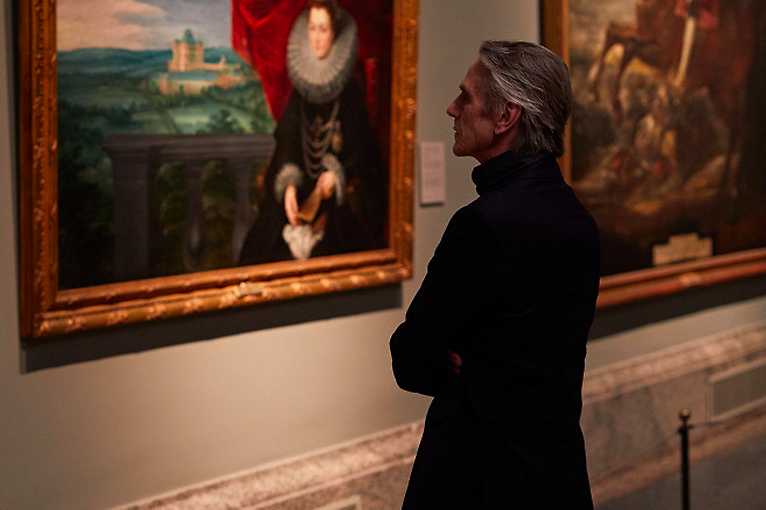 The movie “The Prado Museum. A Collection of Wonders” will be screened in the form of an online stream “My Cinema Live”.

The Prado Museum. A Collection of Wonders / Valeria Parisi / Italy 2019 / 90 min. – The first cinematic journey through the rooms, stories and emotions of one of the most visited museums in the world. Its wealth of over 8000 art treasures is a spell-binding experience drawing almost 3 million visitors to Madrid every year. Academy award® winner Jeremy Irons will be guiding spectators on a discovery of a heritage of beauty and art.

_"When abandoned by Reason, Imagination produces impossible monsters; united with her, she is the mother of the arts and the origin of their wonders." _Francisco Goya. Magnificent masterpieces tell the story of Spain and of an entire continent. We are in a site of memory and a mirror to the present with 1700 works exhibited and a further 7000 art treasures preserved there. Its collection tells the story of kings, queens, dynasties, wars, defeats and victories, as well as the story of the feelings and emotions of the men and women of yesteryear and of today, whose lives are intertwined with the museum’s: rulers, painters, artists, architects, collectors, curators, intellectuals, visitors. In 2019, the year of its 200th Anniversary celebrations, telling the story of the Prado in Madrid from the day it was “founded” – that 19th November 1819 when mention was first made of the Museo Real de Pinturas – means covering not only the last 200 years, but at least six centuries of history. This heritage is universal from Vélazquez, Rubens, Titian, Mantegna, Bosch, Goya, El Greco to the Escorial, the Pantheon of the Royal family.