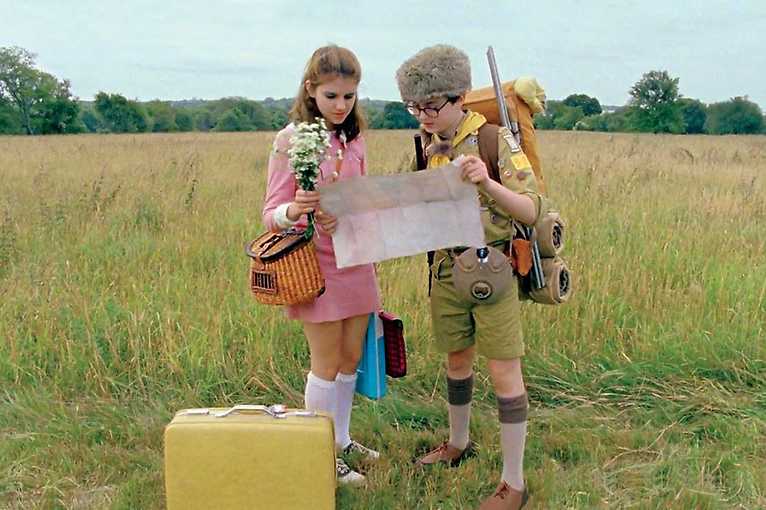 The movie “Moonrise Kingdom” will be screened in the form of an online stream “My Cinema Live”.

Moonrise Kingdom / Wes Anderson / USA 2012 / 90 min. – It’s summer 1965. A scandal has broken out on an island off the coast of New England, disturbing the tranquil life of its inhabitants: two 12-year-olds, orphan Sam and well brought-up Suzy, have run off together into the wilderness. While infuriated adults try to hunt them down, a violent storm is brewing off-shore, and the peaceful island community is soon turned upside down. The director of the popular, stylistically unclassifiable films The Royal Tenenbaums and The Life Aquatic with Steve Zissou betrays his typical dry humour and sense of parody, using period references as he pits children’s common sense against the folly of adults: parents, scout master, sheriff and social worker. As usual Wes Anderson could rely on the collaboration of big acting names, eager to be cast in lesser roles, and the actors playing Suzy and Sam are wonderful as well. The film score will also delight audiences, with its playful use of Benjamin Britten’s musical commentary in a masterful interpretation by composer of the original music, Alexandre Desplat.