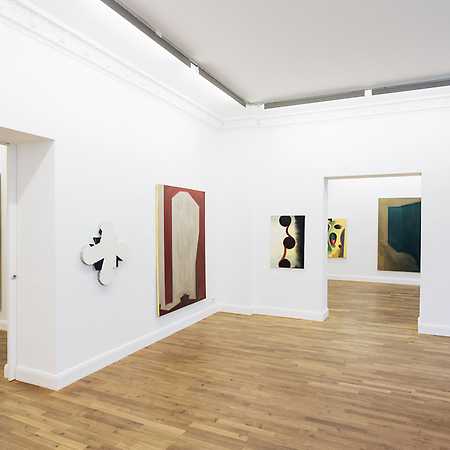 The Jochen Kienzle Collection has grown continuously since the 1980s. One focal point is American art from the 1970s, especially New York, and Europe. The New York art scene of those days shaped Jochen Kienzle’s view as collector. Following his stays in the USA, he initiated and realized exhibitions in Germany including Short Distance to Now (in part a takeover of -High Times, Hard Times, New York Paintings 1967-1975,- New York 2007) and Unlikely (2008), featuring contemporary artistic connections between the USA and Germany. Thanks to these impulses, his collection included a high percentage of female artists from its beginning. In order to preserve and to grow his collection, Jochen Kienzle founded the Kienzle Art Foundation, thereby following his mission as mediator. It is the declared aim of the Kienzle Art Foundation to rediscover marginalized or quasi-forgotten artistic positions from the 1960s – regardless of established categories – and to make them available to succeeding generations. A special focus is to investigate social relevance. The foundation founder’s expressed agenda entails provocation as well as its consequence, enforcing changes in perspectives.