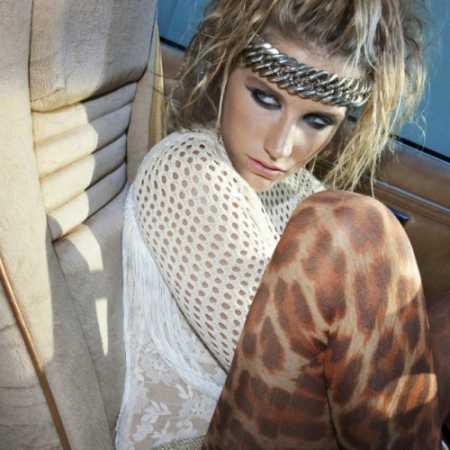 Kesha Rose Sebert performing under the stage name Ke $ ha is a native of Los Angeles, which is always his goal steadily and did not hide it. She says: “Just from my childhood, I was sure that I wanted to be a rock star and nobody can stop me.” And so it is. During its brief career has already designed over fifty nominations for the prestigious music awards and 14 were changed. Hard wearing work, composed his own music and has been responsible for several hits for his colleague, Britney Spears and Miley Cyrus.

Kesh is odařilo break in 2009 when she appeared on the single Right Round Flo Ridy rapper and since then her star fame is soaring. Her debut album Animal has happened in the United States as leader megahit TiK ToK has beaten the previous record digital sales for a solo singer. After the success of their first single Die Young from her latest album Warrior, now reigns Czech and world hitparádám her latest hit c’mon.

Her lyrics are often about the party and partying. Kesha, or stylized Ke $ ha, is not no secret that she likes to shock people, but also has its finer page. "I want to make music that will be a joke, it will provoke, may still have nerve. I want people to feel my music listening affinity, "he says of his work. – Translated by Automatic service