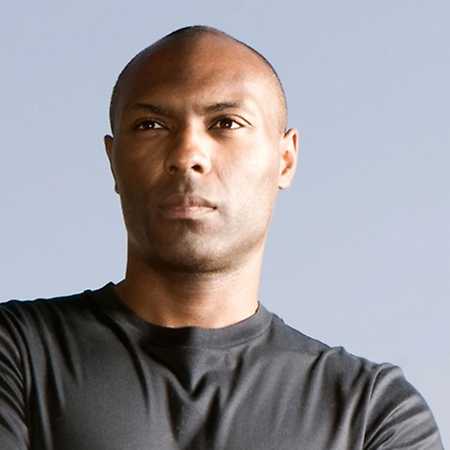 Kenny Larkin (who also releases as Dark Comedy) is an American techno producer from Detroit. He has been described by Allmusic as “massively influential” on American, British, and German techno.
Larkin was born and raised in Detroit, but did not participate in the early years of Detroit techno because he was serving in the military. Upon his return, he began producing, influenced by Juan Atkins and Derrick May, as well as the Chicago house music scene. His early single releases, We Shall Overcome and Integration, were issued on Plus 8, a label overseen by Richie Hawtin and John Acquaviva; later released appeared on Buzz and Warp as well as other labels. His records have seen more success in continental Europe than in the U.S.
Late in the 1990s, Larkin began working as a stand-up comedian into the 2000s. His musical output has slowed down as a result.