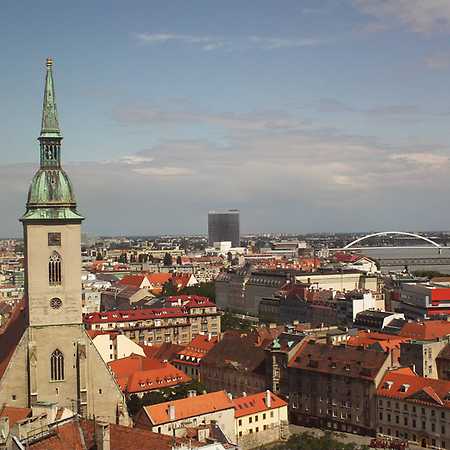 St. Martin’s Cathedral (from April 1995 to February 2008 St. Martin’s Co-Cathedral) or St. Martin’s Cathedral is originally a Gothic sacral building in the historical zone of Bratislava. It is the most important and largest church in Bratislava (one of the largest in Slovakia) and since 14 February 2008 the main church of the newly established Bratislava Archdiocese (until this time it was the Concathedral of the Bratislava-Trnava Archdiocese). It is one of the most significant landmarks of Bratislava and the second most popular tourist facility in the Slovak capital after the Castle.