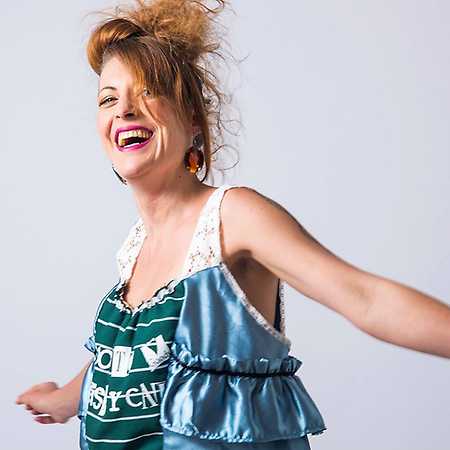 Kat is a Berlin DJ, event promoter and music journalist based in Buenos Aires and Berlin.

Making Buenos Aires her home of choice in 2004, Kat, ex-editor of the German electronic music publication Raveline, installed herself in the Argentinean scene as a DJ and event organizer whilst working as a writer and photographer for Meoko and Electronic Beats, as well as cooperating with labels such as Igloo and Lebensfreude, amongst others. In 2008, she joined the Wicked Mag editorial, taking the cultural magazine to new heights.

After conducting a radio show called Wicked Frequencies, and organising an artistic event row called Trashmission with her crew of Wicked artists and musicians whilst also DJing in countless events and clubs in Buenos Aires, Neuquen, Cordoba, Mendoza, Rosario, Puerto Madryn, Montevideo and Bogota and of course her native Germany, it was time to add something more to her universe. Returning to her artistic roots, she initiated a street art festival called Street Arte BA which unites over 170 street painters from over ten countries.

Kat went on to organize her own events, Trash Republique being the successful follow-up of Trashmission, an almost all exclusive female event. Trashmission mutated into Blue Sunday, an advanced, arty daytime event, as well as showing its mighty prowess as Blue Republique all nighter. Launching the all female Post Acid Disco Zoo in her native Berlin, she continues to thrill with her weekly radio show Trashmission Berlin every Saturday at 22 CET on www.radio8bitz.com.