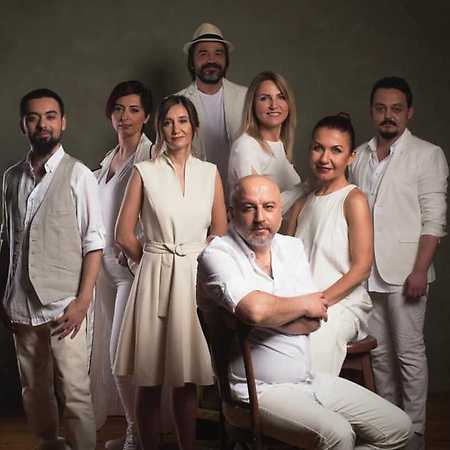 Kardeş Türküler is a renowned music project with a varying line-up that plays traditional songs in all the original spoken languages of Turkey. The band was founded in 1993 by a group of students in the Folklore Club of the Boğaziçi University in Istanbul, with the goal of fraternizing and celebrating all the different ethnic cultures and different believes in Anatolia, Mesopotamia and Balkans. Their repertoire consists of songs in Turkish, Armenian, Kurdish, Circussian, Arabic, Macedonian, Roma and many more languages. The band performed at numerous world music festivals in Europe, including Amsterdam Roots, Stimmen in the German city of Lörrach and surrounding towns, the Oslo World Music Festival and Istanbul Ekspres in Gent, Holland Festival in Amsterdam.