English singer and actor Wain Douglas excelled in the musicals Les Misérables and Singing in the Rain in London’s West End. As a supporter of Brighton’s rugby team and as part of their crossdressing party, he decided in 2014 to perform a few classic songs as a diva. Kara Van Park was born that night. A year later, Kara performed shows at the Manchester, Liverpool and Brighton Pride events and today she is one of the most sought-after drag queens in Britain. 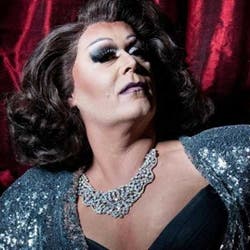 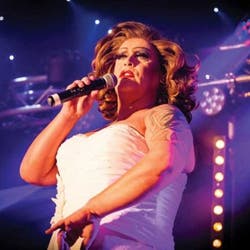