Kamil Bednarek is a Polish reggae and dancehall vocalist, songwriter, composer and musician. He is best known as the runner-up in the third series of Mam talent!. From 2008 to 2012, Bednarek was the lead singer of Star Guard Muffin, and with the band he released a studio album Szanuj (2010), which peaked at no. 1 in Poland, as well as two EPs. Since 2012, he's been the lead vocalist of a band named Bednarek, which released a number-one album "Jestem" in November 2012. 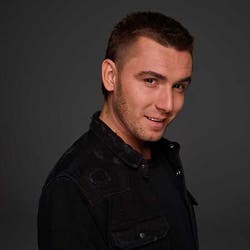