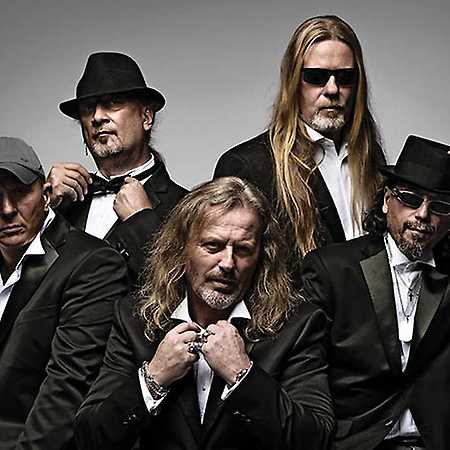 Kabát is a hard-rock band hailing from Teplice, Czech Republic. The members of the group are Josef Vojtek (lead vocals), Milan Špalek (bass guitar), Tomáš Krulich (guitar), Ota Váňa (guitar) and Radek Hurčík (drums). Kabát has enjoyed major popularity in its home country since 1983. The band represented the Czech Republic as the country’s first entry in the Eurovision Song Contest 2007 in Helsinki, Finland, in the semi-final on May 10, 2007, but failed to reach the final after receiving just 1 point.