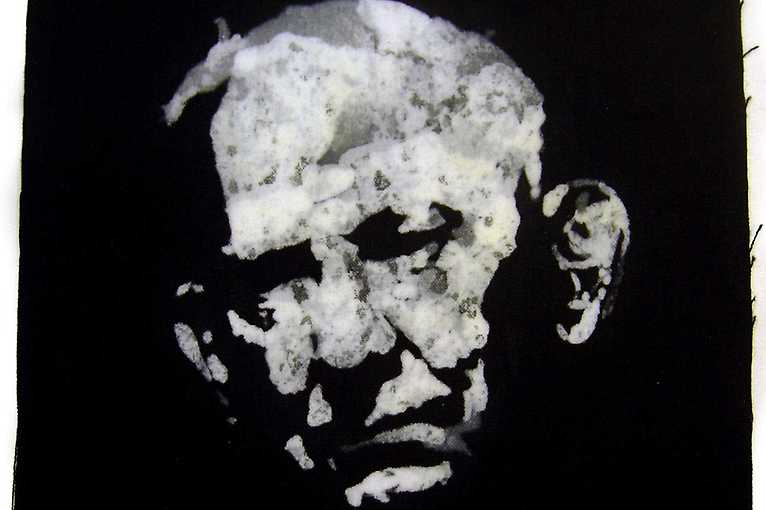 Warsaw-based Justyna Więsek’s exhibition Twarze accompanies the 3rd Artistic Tapestry Biennale in Poznan. The artist presents a series of batiks on cotton, which have been created continuously since 2015. The miniatures are maintained in a monochromatic color scale and depict faces emerging from a dark background. They are portraits of prominent representatives of Polish culture and art, who have influenced the author with their work and made her reflect. The series presented at the exhibition is both a tribute and an expression of the artist’s thoughts on the place of authorities in times of a crisis of values, which can be observed both in Poland and around the world. Each of the portraits is numbered, according to the order in which they were made, but none of them is signed with the name of the portrayed person. The authorities of one generation slowly fade away in the course of time in a natural process, and their names and achievements fade away in the collective memory. This process, however, has accelerated rapidly, resulting, in the author’s opinion, in a deficit of authorities and a deepening social crisis.