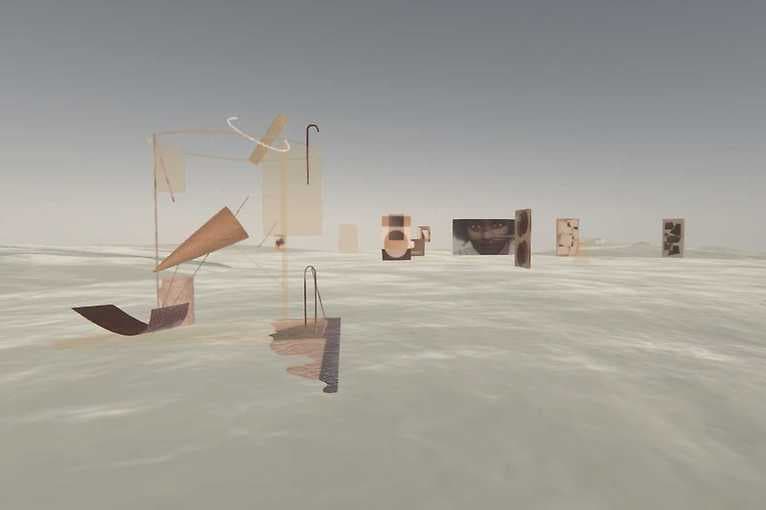 The exhibition is inspired by Polish avant-garde art from the 1920s, geometric abstraction and constructivism. One of the exhibition’s reference points is the art of Henryk Wiciński, a sculptor-revolutionary, one of the founders of Grupa Krakowska, which, as Stern wrote, was to bring together young, hungry and ardent newcomers from the province with leftist views and a utopian faith in a new and better world, grounded on social justice. Wiciński, most of whose work was lost or destroyed during the war, created a visionary theater project that, while implementing the ideas of constructivism, reduced it to “sensual structures of sight”. He collaborated at the time with the experimental Cricot Theater. His idea of abstraction in motion was most strongly resounded in Triangle and Circle, where the choreography was to be decided by the stage design, acting like an abstract composition absorbing body matter. While the costumes are known only from texts and reviews, the idea of an unrealized constructivist scene is given by numerous, though indescribable drawings.

*From May 29th at 12:00 pm on the GoOut Instagram profile you will be able to see the tour of the exhibition by the curator Anna Batko. *