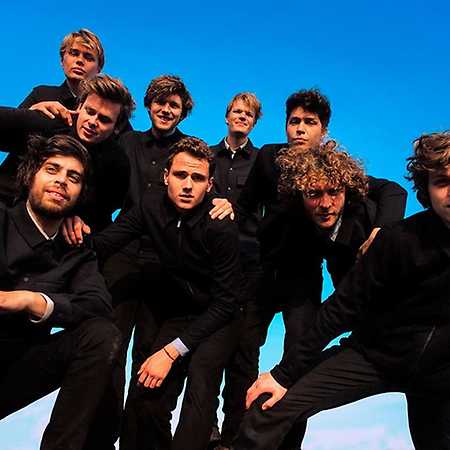 About Jungle by Night

Nine friends founded a collective rooted in strange sounds from unfamiliar places. Jungle by Night fuses passion, friendship and influences from krautrock, dance, jazz and afro beat into an instrumental power house, fluently speaking the language of their instruments (and each other).

The band is an oddball ensemble within its own cosmos. A danceable and thundering live-act, connecting with crowds like no other, radiating fun and energy along the way. On its home turf in the Netherlands, the band has performed at legendary festivals like North Sea Jazz and Lowlands multiple times, while calling Amsterdam’s Paradiso its living room, selling out the iconic venue over ten times. Through the years, Jungle By Night has rocked over 450 shows in 24 countries, hitting the hallowed grounds of Glastonbury, Fuji Rock and Montreal Jazz, Rough Trade NYC and playing gigs in all European capitals. Late 2018 marks the release of their fifth album on the widely renowned Rush Hour Records. Living Stone sees Jungle By Night exploring new depths. They have honed their sound, sharpening its edges with a new-found clarity and bolstering their synergetic energy into a uniform vision that has been shaped by nine lives, personalities and tastes.