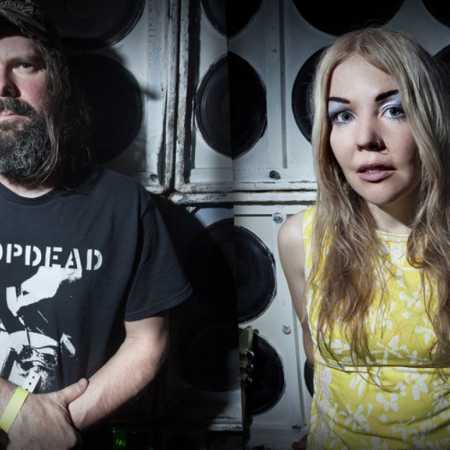 Jucifer are a two piece American sludge metal band. The band’s members are Gazelle Amber Valentine on lead guitar and vocals, and her husband Edgar Livengood on drums. Jucifer is notable for the extreme volume at which they perform, and the gigantic wall of amplification used for Valentine’s guitar, as well as the dichotomy that has existed between much of the recorded material and their live shows. They are also notable for incessant touring beginning in the mid-90’s. In 2000 Jucifer moved into an RV and became completely “nomadic in nature”, preferring to tour constantly, living in their tour vehicle, rather than following the normal practice of album release/tour/time at home.