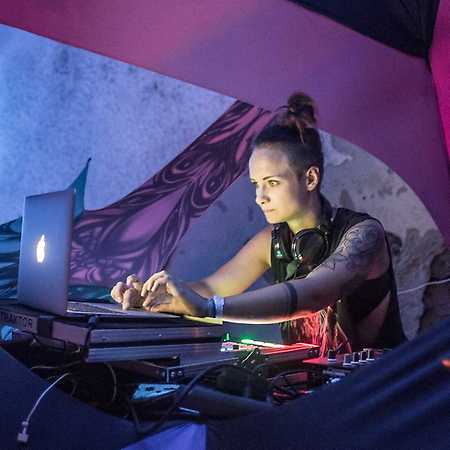 Jot – one of two aliases young Polish DJane full of promise. At 22 years old, Aneta Jońska aka Jot began her psy-trance journey only recently when she joined the ‘Psycho Infinity’ event crew in her hometown (Lublin, Poland) in 2012. She made her first public appearance in April 2014, after her involvement with other local projects. However her breakthrough set was at a New Year’s Eve gig 2014/2015, where she was invited to play in the capital of Poland. Since then Jot hasn’t looked back, and has been invited to play at numerous events in Poland; including the popular open air parties, festivals as well as playing at various clubs alongside some of Poland’s top psy DJs. In september 2015 her potential was recognised by Psy-Sisters crew based in London, and invited her to join their group. In august 2016 her dreams came truth and she got the opportunity to play first gig in London’s secret party organised by The Psychedelic Way – one of the most important crews in London’s psy-trance stage. In-between DJ-ing, she continues to organise local underground psy-trance and techno parties, which are proving popular amongst the next generation of electronic music lovers. Up to now, she was known to Moontrip and Psycho Infinity crews. In december 2016 she joined to Mamomam Records crew.