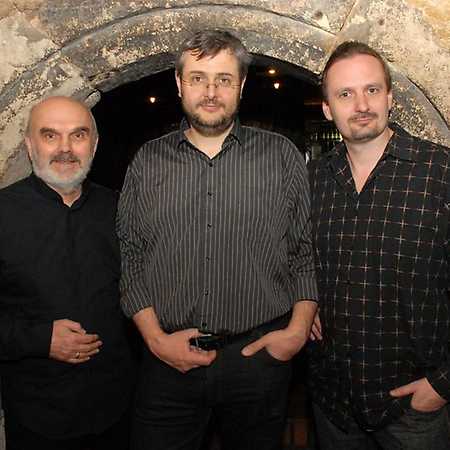 Josef Vejvoda Trio was founded in 1998 by Josef Vejvoda (son of famous author polka Skoda love), which involved many years as the top drummer in many projects of the Czech jazz scene. He was a member of the legendary Charles Velebný SHQ and Jazz Cellule Deciho Laca. Christopher Mark and Andrew are among the musicians Štajnochr emerging middle generation. Both are members of several jazz bands, apply in the field of classical music and as a session player. Trio performs mostly with his original songs coming from all affected members with the concept of the number of elements of jazz and classical music. Made many recordings on CD, radio and television and featured on many stages both at home and abroad. The trio occasionally played with saxophonist Stephen Markovič escort and among other American trumpeter Benny Bailey on the jazz festival in Prerov. Records of this show, which was released on CD A Meeting To Build a Dream On, the Czech Radio in the survey identified as the best Czech jazz album of 2001.