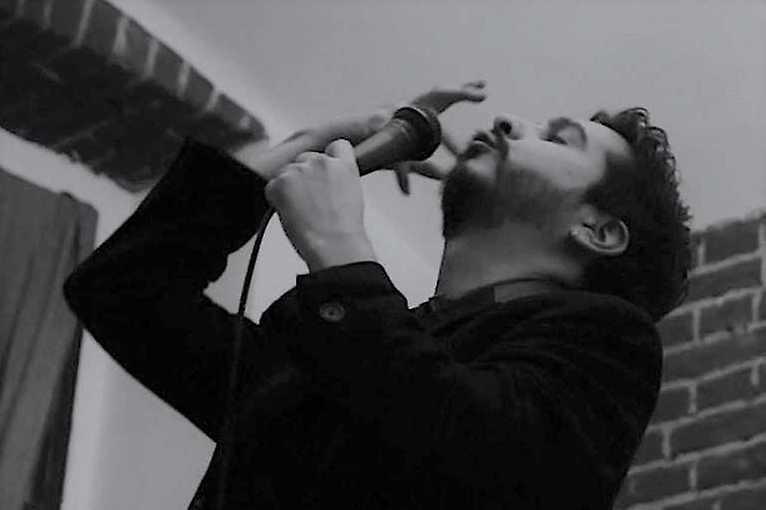 A Stand Up Comedy Show for the Czech impaired, which means in English, with two comedians: José´s a Mexican Comic whose comedy touches on multiculturalism, stereotypes, but most heavily in his heritage, life as an ex-pat in the Czech Republic, and relationships.

“Since bursting onto the Prague comedy scene in 2017, Jose Carlos Moreno, aka the Desperate Comedian has developed into a consistently strong performer with numerous headline shows and a wealth of material behind him. Whether he is wowing audiences with Mexican food in Prague which makes him cry, or vocal sex in different languages, he also has the comedy crowds rocking!” – Luke Ryan Comedian, founder of Comedy Prague

“José Carlos Moreno is a Mexican philosopher comedian who in his three years in the Czech Republic has emerged as a great comic, MC and show organizer. He has lived in both Prague and Brno where he has had to confront the horrors of white people trying to make Mexican food, casual racism, and many more intercultural funny experiences and misunderstandings. José is hilarious and brings his wit and unique perspective to the stage every time, you will love it!” – Sean Reardon, comedian

“One of the leading performers on the Prague comedy scene today! Jose covers a huge variety of topics, from tacos to Russian bombers, and will have you in stitches on each one of them. Treat yourself to his shows as I’ve done numerous times!” Dominik Dabrowski, comedian

“Jose Carlos opened for my show in Brno and he did a great job. Nice multicultural jokes! You should check him out if you get the chance!” – Dragos Cristian, comedian