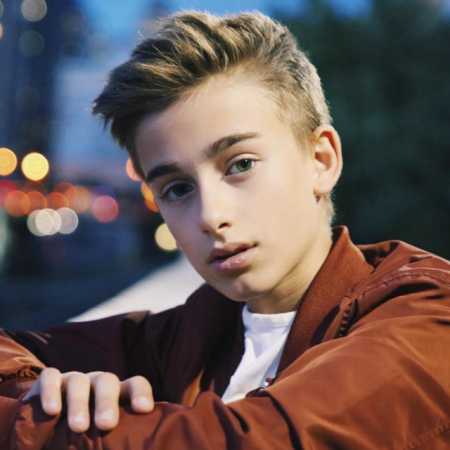 Johnny first expressed his passion for music at the tender age of eight, after posting his first YouTube cover with the help of his older sister. They created the music video as a fun Christmas break activity, and posted it online to share with their friends and family. After a few weeks the video racked up a few thousand views from strangers, so the two decided to continue to post. Over the next few years Johnny’s fan base grew, and exploded into massive growth near the end of 2015. His dedication and connection to his fans landed him the 18th spot on Zefr Inc’s “Top 100 Influencers” alongside the likes of Justin Bieber (16th) and Casey Neistat (19th). Johnny received his first Teen Choice Nomination in 2016, and grew his fan base to over 10 million across all of his social platforms.