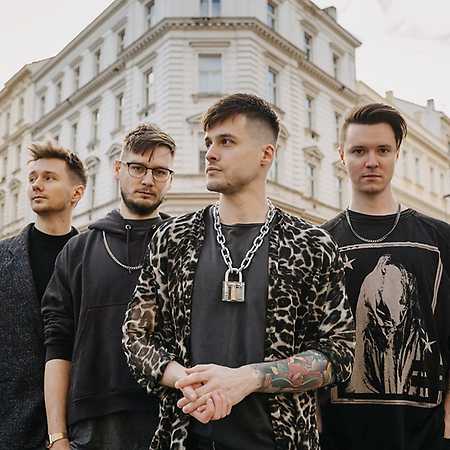 John Wolfhooker is a four-member rock band from Prague, known for breaking all boundaries of musical genres, technical instrumental parts, catchy chorus and energetic live concerts. Musicians share a love of The Beatles, Periphery, My Chemical Romance, Bring Me The Horizon and Billy Talent, and the band’s sound increases under the influence of these inspirations. They represent a wide range from post hardcore, pop punk to progressive metal. During their existence, the band released 20 music videos, recorded three full albums and played at festivals such as Rock For People, Aerodrome, Mighty Sounds and one of the largest Canadian music festivals – Envol Et Macadam in Quebec. John Wolfhooker shared the scene with m.in. Rise Against, Sleeping With Sirens, Enter Shikari, Marmozets, Anti-Flag, Holywood Undead or Bury Tomorrow.