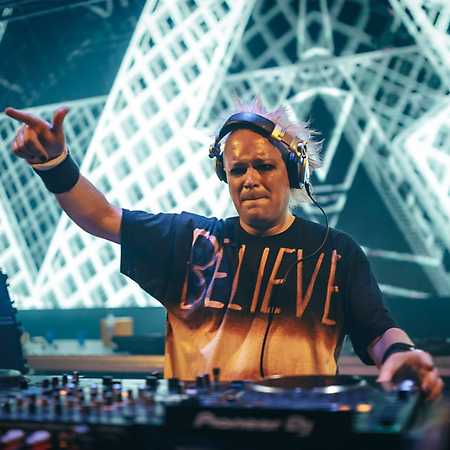 John B ft. Darrison  A Man Is Just A Man

John B (born John Bryn Williams) is an English DJ and electronic music producer. He is widely recognised for his eccentric clothing and wild hair and the production of several cutting edge drum and bass tracks. Williams was ranked 1st drum and bass DJ on the 2009 DJMag’s top 100. and #92 on the DJ List as of 3 October 2009. While his trademark sound has evolved through the years, it generally involves female vocals and trance-like synths (a style which has been dubbed “trance and bass”, “trancestep” and “futurestep” by listeners). When he DJs, he is known to spin both drum and bass and electro house, sometimes with other genres such as disco and rock, in the same sets. John B is the head of drum and bass record label Beta Recordings, together with its more specialist drum and bass sub-labels Nu Electro, Tangent, and Chihuahua. He also has releases on Formation Records, Metalheadz and Planet Mu.

GoOut.net > Artists > John B
I want a voucher