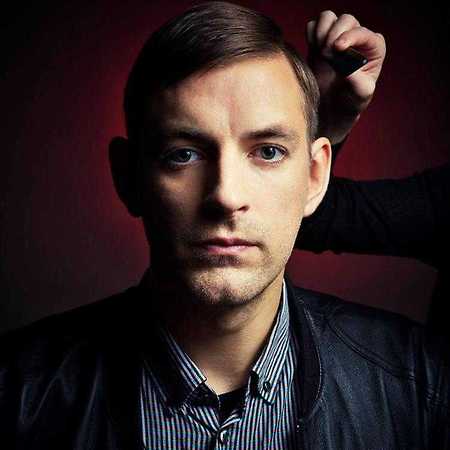 Fueled by a passion that has become increasingly more defined and tangible over two decades, the Swedish DJ and producer has been an avid pursuer of techno sound from when he was a teenager. In the process, he has become established in techno’s vanguard.

Mull’s pursuit of techno led him to dance record shops, techno parties, and the rave scene, where he immersed himself in the sound.

Befriending likeminded peers, Mull’s brotherly association with another techno stalwart, Adam Beyer, began in high school. Spending days listening to Beyer’s record collection, it was from him that Mull learned how to DJ. His first public performance as a DJ was during the afternoon break at school. From here, Mull moved to the second rooms at parties, DJing ambient and chill-out sounds, a good training ground for him.

Mull’s real education as a DJ came when he moved to Germany in 1994. For the first six month he was resident at club called Labor, then becoming a resident of Unit in Hamburg from 1995 to 1998. There he played marathon sets lasting 10 hours. Playing the gamut from hard techno to acid, trance, and ambient styles, Mull learned the art of being a DJ.

Mull’s production know-how started and moves at the same pace as his DJing. His initial forays into making techno happened in Beyer’s fateful bedroom where the two of them and their friends pooled their resources to obtain classic pieces of outboard gear: a synthesizer and a sampler, which they plugged into Beyer’s mixer and started experimenting. Their trial-and-error efforts gained them enough recognition to start releasing music on a multitude of labels.

Mull released his frst full-length artist album, Imagination, in 2000 on his own label, the now defunct Inside. It was followed by The Observer in 2007, which was released on the re-launched Harthouse label.

More lately he released on labels like Parabel, which he is also part of the label team, Mood, Mary go Wild, Distillery Records and Last Night On Earth.