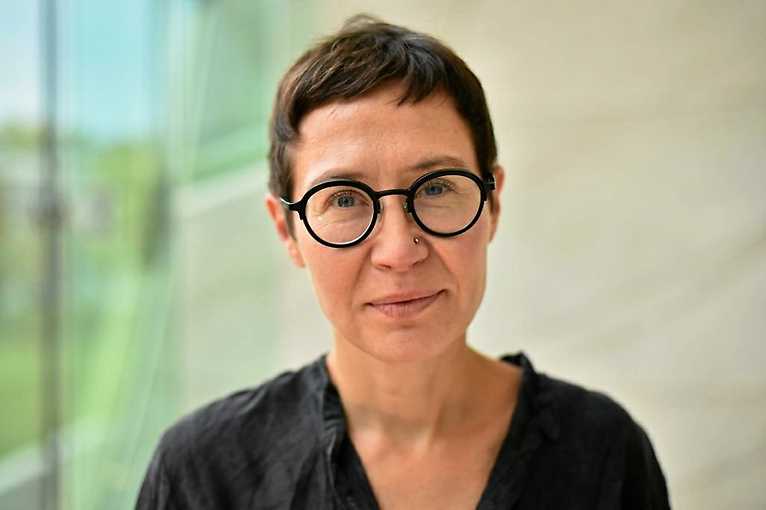 Exhibition realized as a part of Master Studio conducted by Joanna Rajkowska for the period of 2020.

Master Studio is a review of the most interesting phenomena in young contemporary art, organized since 2012 by BWA Wrocław. Thanks to it, it is possible to meet artists who can be counted among the classics of contemporary art with artists of the young generation. The formula of the Studio imposes on a master or a mistress a curatorial role and the task of selecting and then working with those selected to participate in the project. The first Masters Studio, hosted by Zbigniew Libera, consisted of only a few people and its diagnosis resonated in the discussion on the face of art “in the times of hopelessness”. It was a time of confronting the final dismantling of the myth of modernity, the emergence of post-artistic practices, practices that question the limits of materialism and the crisis of spirituality. Today, seven years after that exhibition, the artists will talk about a world that is facing catastrophe. It is a world changed by numerous crises, migration caused by wars, and the economic and political tensions that resulted from them. It is a world that has been brought to the brink by the specter of climate catastrophe, beyond which re-evaluations of worldviews are inevitable. It is a world in which man has faced the defining limits of his species, hitherto defined in opposition to that which is inhuman.

The exhibition “Naked Nerve” describes the reality of the second decade of the 21st century, risking engagement with life, its transience and fragility, its mortality. We want to talk about what is a lived experience, not an illustrated thesis. We do not explain, we do not diagnose, and we do not point the blame. We use the materiality of our bodies in order to experience and record the unique moment and the unique situation we want to create for The Naked Nerve. We want to enter the matter of life without armor and safety measures, just as we are, unarmed. The statement also justifies the selection of participants for the Mistress Studio project. The artist has invited an exceptionally large group of eighteen participants to collaborate, people whose work penetrates, in an exceptionally vulnerable and direct way, the most painful and problematic areas of our contemporary times.

The format of the Masters' Studio brings together the wisdom of the mature generation of recognized artists with the horizon of experience of the artists to whom the future of Polish art will belong. The ongoing, next stage of the project began where the previous one ended. In the dictionary of the project, man is just one more mortal being, whose ability to accumulate knowledge and experience in the face of the inevitable catastrophe: species extinction and climate catastrophe, makes him potentially interesting, but by no means exceptional, and certainly not dominant. In dealing with the problem of humanity’s relation to other entities, the problem of otherness and dependence, Nagi nerw departs from Western paradigms of rationality. It focuses on matter, both the matter of our bodies, which are part of the ecosystems that keep us alive, and the matter of all the entities that surround us. Thus, it is an exhibition about potentials and weaknesses, about impotence, about the memory of what is immature or overripe, about unfulfillment and dependence. And also about relations and awareness of our place in social systems and ecologies of the Planet.