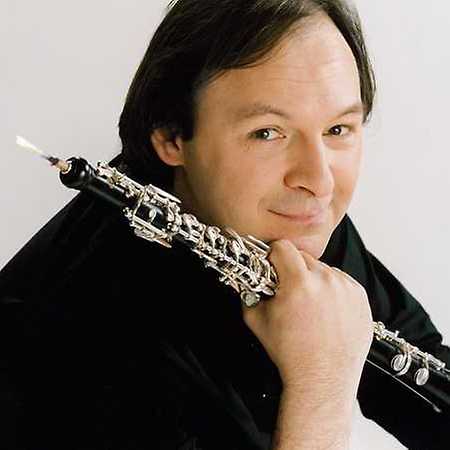 Jean-Louis Capezzali is a French classical oboist. In 1979, after receiving the National Certificate of Aptitude to become an oboe professor, he was awarded the position of principal oboe with the Concert Lamoureux Orchestra in Paris. He was a prizewinner at the Geneva (silver medal, 1982) and Prague (1986) international competitions. In 1984 he was appointed principal oboist of the Radio France Philharmonic Orchestra based in Paris. In 1988 he was named oboe professor at the Paris National Conservatory of Music, and in the same year he was also appointed oboe professor at the Lyon National Conservatory of Music where he currently teaches. In 2009, he was appointed oboe professor at the Haute Ecole of Music in Lausanne. Jean-Louis Capezzali also enjoys a career as a soloist and chamber musician, appearing with leading ensembles and performing at music festivals throughout the world. In his masterclasses he represents the French School of oboe playing. He has given the premières of many new contemporary works, including the Chinese composer Qigang Chen’s Extase which he has recorded for Virgin.