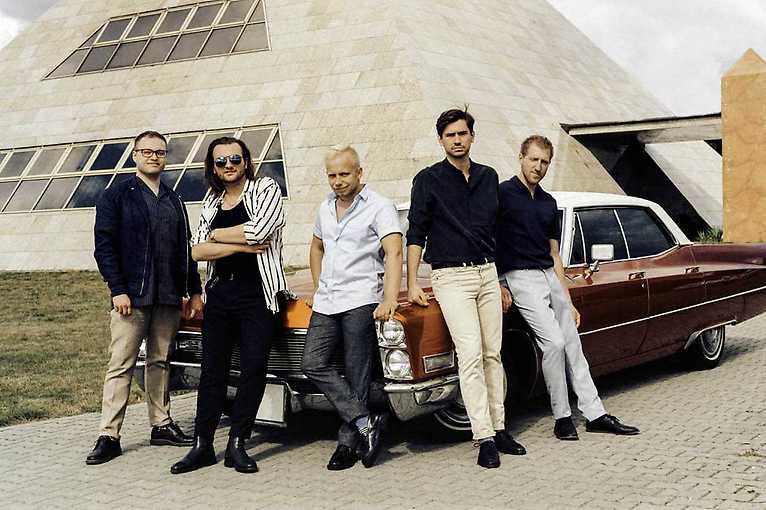 Weezdob Collective concert with the “Komeda, the Last Retrospective” project.

The long-awaited JazZamek concert will feature music from the Weezdob Collective album and radio play Komeda, Ostatnia Retrospekcja. It is an intriguing, poignant story about the last moments of Krzysztof Komeda’s life. The moving story written by Tomasz Lach and enriched by original music with unusual instrumentation created by Weezdob Collective is a completely new, hitherto unknown look at the history of the outstanding composer and pianist.

Weezdob Collective is one of the most recognizable bands in Poland. It was established in 2014. The artists are counted among the best jazz musicians of the younger generation, who individually are winners of scholarships of the Minister of Culture and National Heritage. The collective has won among others: Grand Prix at the 54th Jazz nad Odrą Festival, Grand Prix at Lotos Jazz Festival – 17th Bielska Zadymka Jazzowa. He was positively evaluated by such jazz authorities as Jan Ptaszyn Wróblewski, Zbigniew Namysłowski, Krzesimir Dębski, and Piotr Scholz was awarded the Głos Wielkopolski artistic prize, the Medal of Young Art, in March this year. The fusion of five musical individualities has resulted in the creation of a coherent and original collective of improvisers and composers. The special feature of the group is an unconventional combination of harmonica, saxophone and guitar, which is the only such proposal on the Polish music scene.