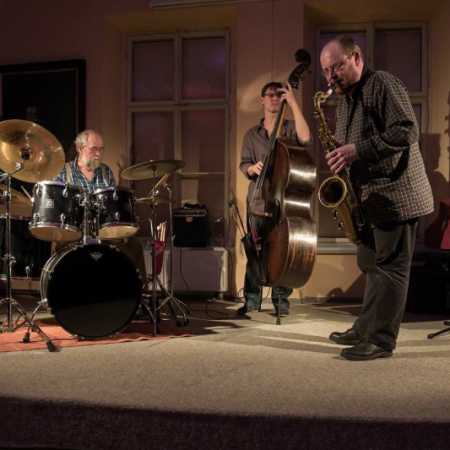 Group Jazz Khonspiracy or Silent Gross Schneider was established in the fall of 2010. They met in the musicians from various circles, which unites the love of improvisation and free jazz. Music JK arises on the stage, the musicians just say a certain theme, and it will then try to play. Their improvisations are often manifested as influences and echoes of folk music, whether it’s as klezmer, and folk music motifs from Eastern Europe. Plus the name of the group is ready for a variety of guests. With JK played such as saxophonists George Durman or Wroclaw Brabenec (Plastic People). – Translated by Automatic service