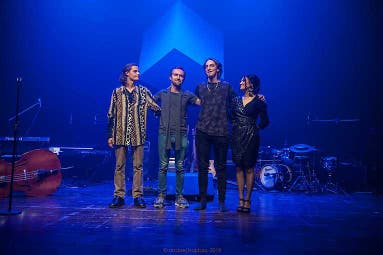 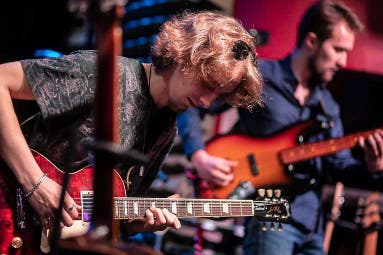 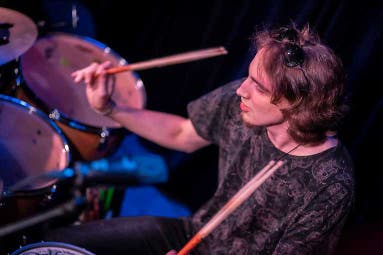 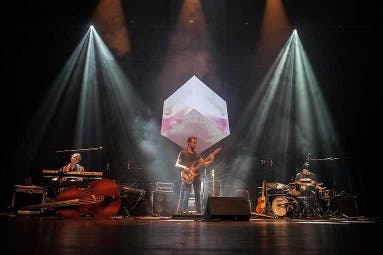 Jazz and is a series of cross-genre jazz concerts. From April to August, the Pana Gara stage will host Polish jazz artists, as well as folk, funk, theater, experimental and contemporary impro artists. Pan Gar is a place located in Dom Tramwajarza in Poznań, which organizes concerts, jam sessions, dance parties, meetings with authors, performances and other cultural, artistic and educational events.

The next concert in the series, will be played by the Poznan trio Ams Clique, formed in March 2019. The band oscillates between genres such as soft fusion, art rock, ethno (including especially Indian and African) funk and jazz. The fusion of genres and styles is a product of the inspirations contributed by all members of the band. Their performances are characterized by a mixture of finished compositions and pure improvisations. The band has played many concerts (e.g. Scena Wspólna, Blue Note Poznań, Pan Gar), released several singles and is in the process of finishing their first album. Young musicians have also taken up the task of creating arrangements and accompanying in the musical spectacle with songs by Agnieszka Osiecka entitled "_Rapete Papete Pstete". Rapete Papete Pstryk as well as composing and performing the soundtrack to the French silent film entitled. Ménilmontant.

Depending on applicable restrictions, the event may change to online streaming, more info coming soon.