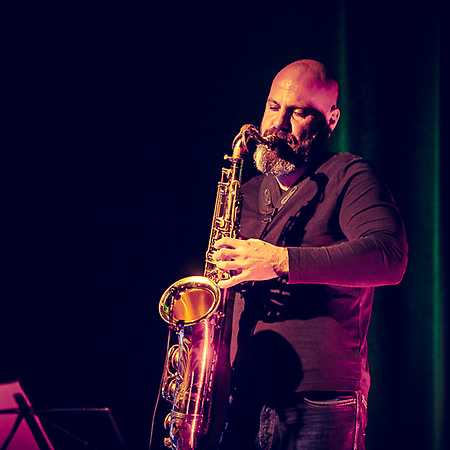 Jarząbu is a new multi-generation project created by musicians from Łódź, Bydgoszcz and Warsaw. Wojciech Jachna (1976) is a trumpeter and improviser. He recorded more than 20 albums with different groups including Contemporary Noise Sextet, Sing Sing Penelope, Mordy from Tricity or reggae band Dubska. Tomasz Glazik (1978, Tuchola) is a saxophonist, improviser and producer. He participated in the recording of Kazik’s solo albums. He created music for a documentary films about Warsaw’s district Praga entitled „Inna strona miasta” (“The other side of the city”). Marek Kądziela is a guitarist, composer and innovator, who is constantly seeking for new sounds and musical challenges. He is also an experienced pedagogue and animator of culture. He is a member of many musically varied projects. Jacek Buhl (1965) is a drummer associated with Mózg club in Bydgoszcz and involved in improvised music. He played in band significant for yass scene in Poland. He is the co-creator of bands such as Glabulator or Trzy Tony. He created music for animated and feature films.