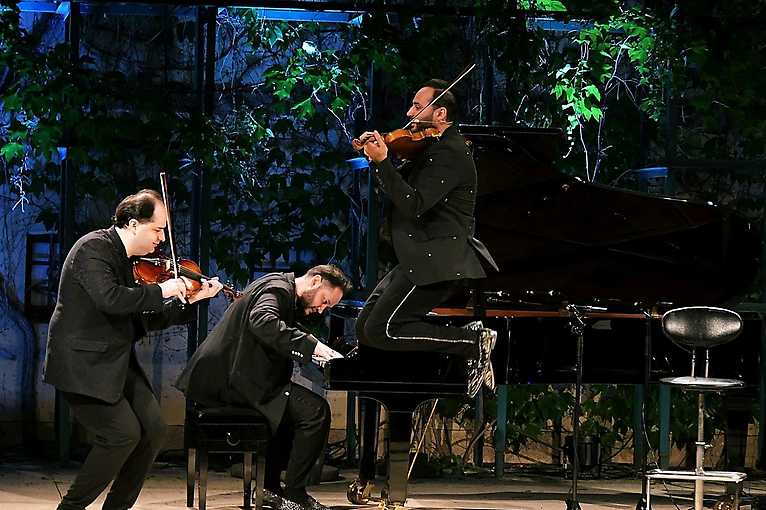 The Janoska Ensemble, which won the Gold Record just after its first recording with Deutsche Grammophon, brings a unique, irrepressible and deeply felt “Janoska style” to the 2020 Lednice|Valtice Music Festival. Based on the second album Revolution, the programme offers an original and musically surprising adaptations of pieces by Johann Strauss, Franz Liszt, Johann Sebastian Bach and other world authors, accompanied by ensemble’s own work.

“The opening concert of the LVHF 2020 as it should be! Virtuosic and spontaneous, performed by one of the most sought-after chamber ensembles of these days, which moves classical music to a new dimension.”