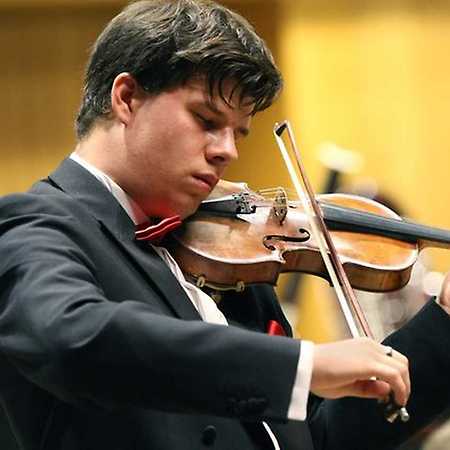 Jan Mráček is one of the most striking figures among the young generation of Czech violinists. Playing his instrument from the age of five, he studied at the Music School of the City of Prague as well as the Prague Conservatoire. When only thirteen he appeared with Josef Suk on the stage of the Rudolfinum in the series ‘Josef Suk Presents Young Talents’. He has scored triumphs in many competitions, including second prize in the Prague Spring Competition of 2010, becoming at nineteen the youngest-ever holder of a prize for violin in the history of this event. He collaborates regularly with the violinist Václav Hudeček, and since 2012 has been serving as his assistant at the Václav Hudeček Academy. In 2011 Mráček became the youngest-ever regular soloist with the Prague Radio Symphony. Presently he is studying in Vienna with Jan Pospíchal, concertmaster of the Vienna Symphony, and concertizing in prestigious venues around Europe and the United States.