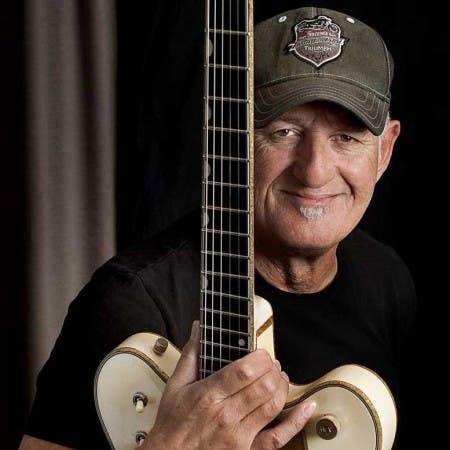 Jan Akkerman is a Dutch guitarist. He first found international commercial success with the band Focus, which he co-founded with Thijs van Leer. After leaving Focus, he continued as a solo artist, adding jazz fusion influences. He has also introduced baroque music into his repertoire. Akkerman won a scholarship to study at the prestigious Amsterdam Music Lyceum for five years, also developing his composition, arranging and musicianship skills. Akkerman is also a highly skilled lutenist, having been greatly inspired by the English guitarist/lutenist Julian Bream.