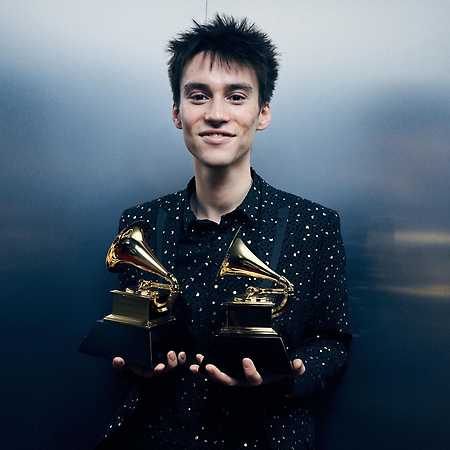 Jacob Collier is a British singer, arranger, composer and multi-instrumentalist. In 2011, his self-produced videos with covers of successful pop songs, such as Stevie Wonders Don’t You Worry' bout a Thing caught attention on YouTube. Collier’s style is characterized by the mixing of different elements of jazz, a cappella, groove, folk, trip-hop, classical music, gospel and soul with improvisation. In 2014, he was discovered by Quincy Jones and signed by his production company and started to develop his “Live Performance Vehicle” for his performances at MIT in Boston. In July 2016, he debuted on the label Membram Entertainment Group with his album In My Room, where he sings every single voice and plays every instrument himself.

In January of 2018, Jacob began designing and creating a recording project on an unprecedented scale –a quadruple album called Djesse: 50 songs, divided between four volumes, with each operating within a separate musical universe of sound, style and genre. Scattered across the four volumes are 30+ collaborators from across every facet of the music world. Djesse Volumes 1 & 2 both have earned him a Grammy each. Djesse Vol. 3 got nominated for an additional three Grammys, including Album of the Year.