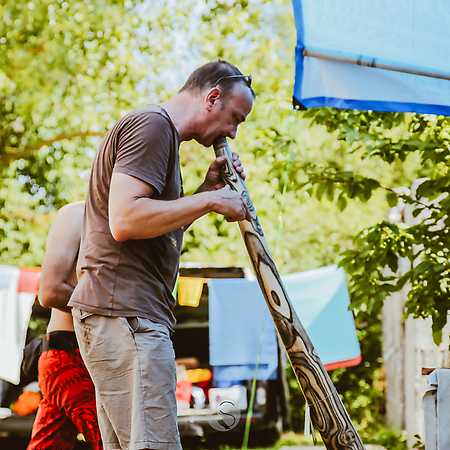 J O Young bought his first didgeridoo back in 1999 from German didgeridoo prime father Markus Meurer. In his early years, inspired by Australian legend Si Mallumby and Dutch duo Tiple D, the contemporary didgeridoo became his permanent passion. He continued his education by learning from most of European professional players of this instrument and ended up being mainly influenced by his personal icons – Ondrej Smeykal and French trendsetter Zalem. In his playing he tries to evaluate both the rhythmic abilities of the didgeridoo, as well as the unique mystic sound dimension the instrument provides.