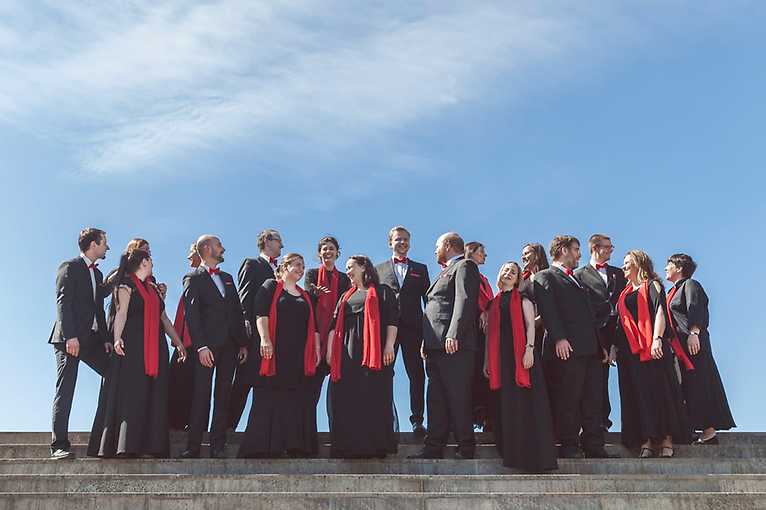 Jan Dismas Zelenka composed a large part of his ouevre in Dresden, but he also wrote a number of works for Prague, confirming his strong connection with the city. Three Passion Oratorios for Holy Week contemplation were written for the Jesuit College in Clementinum and on the order of Count Hartig, where Zelenka served at that time. They were intended to be performed at Christ’s tomb. Some of them were composed later at the court of the Elector of Saxony and King Frederick II.

Joint project of Dresdner Kammerchor and Ensemble Inégal conducted by Adam Viktora. Mass for the Feast of the Purification of the Blessed Virgin Mary was composed by Jan Dismas Zelenka in 1733, when he received many new orders at the Saxon court in Dresden for large liturgical compositions for the important occasions of the year. He had to finish all the compositions in a relatively short time. Missa Purificationis was composed within mere ten days. Zelenka noted: “…I started this mass on August 14 and, thanks to the grace of God, completed it on the 23 of the same month, although I was ill”. Ensemble Inégal recorded this mass in the world premiere and in 2010 received three prestigious international awards: Diapason d’Or, Goldberg 5 Stars and Prelude Classical Music Award. The concert will conclude with the world premiere of the Currite ad aras offertorium composed by Jan Dismas Zelenka in Vienna in 1716. Adam Viktora – conductor, soloists: Gabriela Eibenová – soprano, Martin Ptáček – alto, Virgil Hartinger – tenor, Mikhail Pashayev – bass.