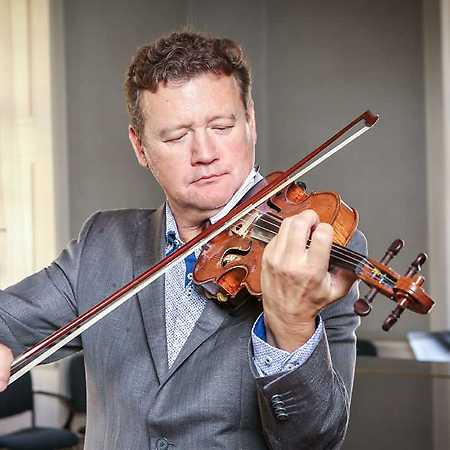 .Winning the Tchaikovsky International Violin Competition immediately followed by debut engagements with the Moscow and Czech Philharmonic meant the springboard for the international career of Ivan Ženatý. Other successes include First Prize at the Prague Spring Competition, as well as being a chosen laureate of the UNESCO International Rostrum of Young Performers. The subsequent years following his victories were highlighted by violinist’s orchestral and solo debuts in London, Berlin, Amsterdam, Vienna, Zurich, Tokyo, New York, Buenos Aires, Madrid and Jerusalem. The musicianship of Ivan Ženatý has been mostly influenced by his personal encounters with Nathan Milstein, Ruggiero Ricci and André Gertler. Also, studies at the Tchaikovsky Conservatory in Moscow under Igor Bezrodny had the greatest impact on his technical approach to the instrument. The great Czech musical tradition was passed on to Ivan Ženatý through his mentor Josef Suk. It resulted in many subsequent years of professional partnership and later culminated in a recording of the complete works of W. A. Mozart. Other collaborations included many great artists such as Yehudi Menuhin, Yo-Yo Ma, Serge Baudo, Valery Gergiev and Neville Marriner. With his exceptional wealth of repertoire including more than 50 violin concertos, he is a favoured guest artist with many international orchestras and, known for his versatility, his engagements also include solo recitals and chamber music collaborations. Ivan Ženatý’s recordings have always aroused the enthusiastic acclaim of listeners and music critics. His prolific output of over 40 CD’s includes the complete works of Telemann, Bach, Mendelssohn, Schumann, Schulhoff, Dvořák and Grieg. His new recording of the complete works of Antonín Dvořák has received particular attention, as well as has his recording of both violin concertos by J. B. Foerster with the BBC Symphony Orchestra London and its music director Jiří Bělohlávek. Ivan Ženatý’s work as an acclaimed teacher makes a natural counterbalance to his performing and recording activities. He has taught at the Hochschule für Musik in Dresden and was invited to join the faculty of the Cleveland Institute of Music during the autumn 2012. His summer activities also include teaching at the Meadowmount School of Music. Thanks to the Harmony Foundation of New York, Ivan Ženatý plays rare Giuseppe Guarneri del Gesu violin made in 1740. He reaches a broad public without abandoning the world of classical music at all. Besides the technical perfection one would expect, he is also appreciated for his taste, style and captivatingly beautiful tone.