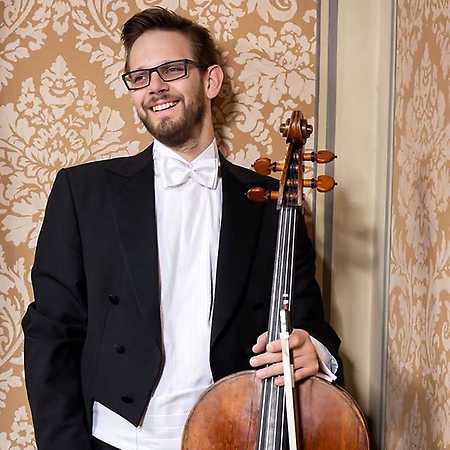 The young Czech cellist Ivan Vokáč has been playing his instrument since the age of four. He has won honours in many international competitions, most notably the Liezen Competition in Austria (2002), the Dotzauer Competition in Dresden (2005), and the Concertino Praga Radio Competition (2006) where he was declared the absolute victor. He has participated in many master classes led by such luminaries as Steven Isserlis, Boris Pergamenschikow, and Rafael Wallfish. Chamber groups in which he performs include for example the Taras Piano Trio and the Helios Trio of Prague. In 2008 Vokáč performed in a gala concert for the anniversary of the Prague Conservatoire where under the baton of Miriam Němcová he rendered the solo part in Dvořák’s Cello Concerto in B minor.