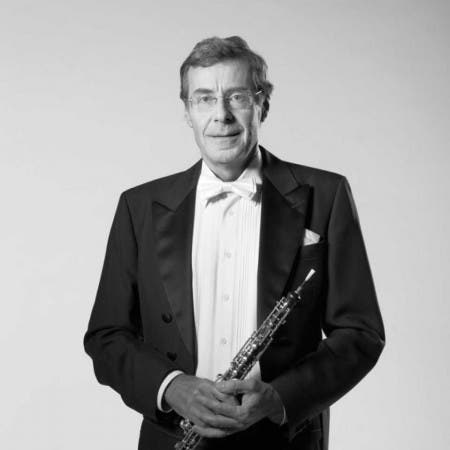 Oboist Ivan Sequardt studied at the Prague Conservatory, where his teachers were Karel Lang and František Xaver Thuri and then at the Faculty of Music of the Academy of Performing Arts in Prague In 1979 he became a member of the Czech Philharmonic Orchestra, at first as English horn player and in 1991 the same orchestra engaged him as solo oboist.

In 1987 he co-founded the ensemble Ars Instrumentalis Pragensis, with which he gave dozens of concerts both at home and abroad; in 1996 they won first prize and the gold medal at the International Competition of Chamber Ensembles in Osaka, Japan. In 1991 Ivan Sequardt founded the Czech Wind Harmony, a chamber ensemble focused mainly on the music of Czech Classicism. He has been not only the author of the program of these ensembles, but also numerous arrangements and transcription. As soloist Ivan Sequardt has performed with a number of Czech and foreign orchestras (Czech Philharmonic Orchestra, Prague Symphony Orchestra, Solisteen European Luxemburg, Orchestra St. Cecilia di Roma, Kamchatka Chamber Orchestra, etc.).

Since 2004 he has taught at the Faculty of Music of the Janáček Academy of Performing Arts in Brno. His discography comprises of solo as well as chamber music recordings, released by labels such as Rosa, Supraphon and Octavia Records.