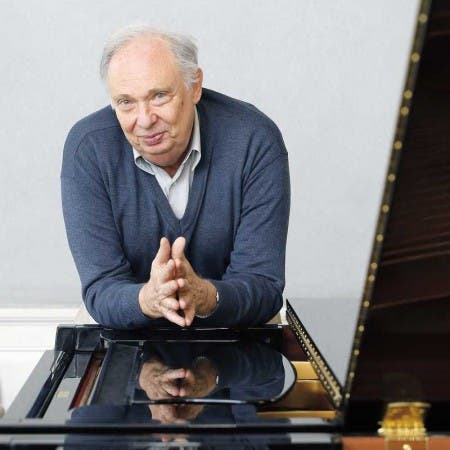 The outstanding Czech pianist and pedagogue Ivan Klánský is a graduate of Prague’s Academy of Performing Arts. Early on he won honours in prestigious international competitions—in Bolzano in 1967, Naples 1968, Leipzig 1968, Warsaw 1970, Barcelona 1970, Fort Worth 1973, and Santander 1976. He concertizes regularly in Europe, Asia, Australia, the United States, and South America, with the total number of his appearances now approaching five thousand. He is also a sought-after performer in chamber music, whose name has long been associated with the superb Guarneri Trio of Prague. His playing is complemented by extraordinarily successful work as a teacher. Since 1983 he has been a professor at the Academy of Performing Arts, where since 1997 he has headed the Keyboard Department. Since 1991 he has been a professor at the College of Music in Lucerne, Switzerland as well, having also led master classes in Dublin (1982 to 1986) and Bad Saulgau (starting 1997).