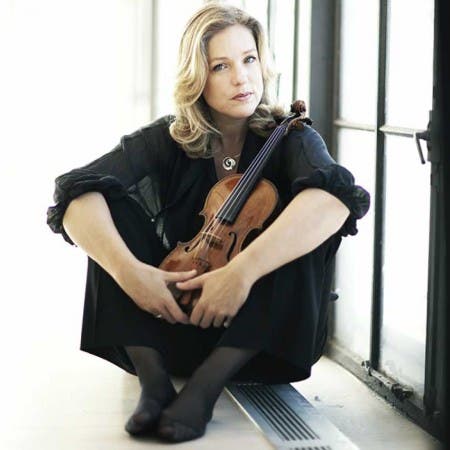 A native of the Netherlands, Isabelle van Keulen first drew significant attention to herself by winning the competition for Eurovision Young Musician of the Year in 1984. Her career is characterised by a broad range of activities: besides her primary domain as a violinist, she also performs as a violist and chamber orchestra conductor, and she is a pedagogue as well. In 1997, she founded the Delft Chamber Music Festival, which she led for a number of years. She appears with the world’s best orchestras, such as the Royal Concertgebouw Orchestra and the Berlin Philharmonic, and in the field of chamber music, she has collaborated with partners including the pianist Ronald Brautigam, the Leopold String Trio, and the clarinettist Sharon Kam. She has realised a number of recordings, the most successful of which have been Alban Berg’s Violin Concert on the Chandos label, Mozart’s Clarinet Quintet for Berlin Classics, and Bach’s Goldberg Variations on the Hyperion label.