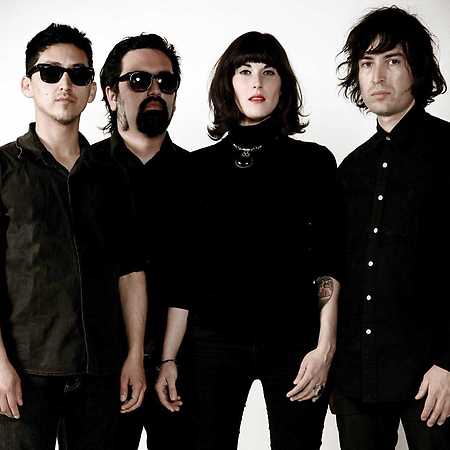 Intimate Stranger’s dreamy sound is characterized by its vocal melodies and shimmery guitars. Their post-punk influences of the likes of The Cure, Siouxsie and the Banshees merge with a dream pop sound characteristic of bands like the Cocteau Twins and Slowdive, as well as nod to mid-2000’s indie rock bands popular around the time Intimate Stranger was formed in 2007 by guitarist Lautaro Vera and singer Tessie Woodgate.

Based in Chile, they have spent considerable time abroad, including tours in Europe, South America and the USA. Their single Under was in the top 10 of US independent radio stations and Spin magazine voted them in their top new bands to watch live in 2011.

The band has played important festivals, including Lollapalooza and Primavera Fauna and have supported various international acts including: Ed Sheeran, Raveonettes, Interpol, The Walkmen, Peter Hook (Joy Division, New Order) and A Place to Bury Strangers.