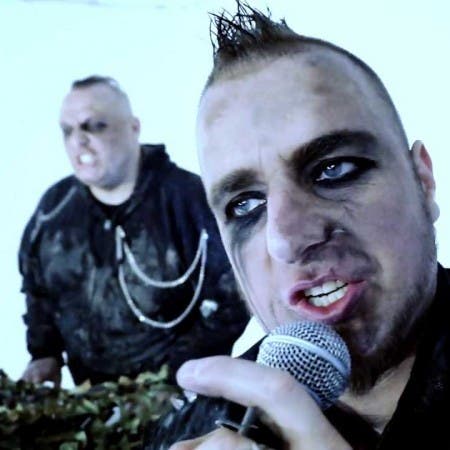 Intent:Outtake from Leipzig stand for melodic, danceable dark-electro, that should invite its listeners to reflexion. Andreas and Bastian sing in German and English about social deficits and the disintegration of humanity and their environment. The greatest enemy of man is man himself after all.

There are some dates that will probably always have special significance for Bastian and Andreas, including June 8, 2014. On this day Intent:Outtake played their first concert at the 23rd WGT in Leipzig. As part of this gig, the two musicians presented their own songs to the interested audience in the K3 Lounge in Leipzig for the first time. Inspired by the popularity of this evening, the debut album Wake Up Call was completed in the following months, and released in January 2015.

After the first release, the band was on tour throughout Germany and released the single Neustart in the same year, as a forerunner to the second album. The album About Halos followed in 2016 and led the two musicians on various festival stages, also in other European countries.