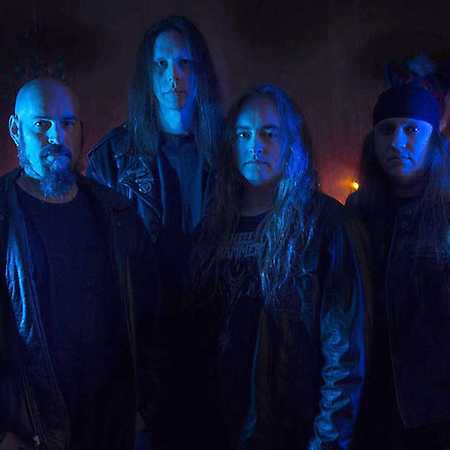 Incantation is an American Death Metal band from Johnstown, Pennsylvania. The band was founded in August 1989 by guitarist Brett Mackowski and bassist Aragon Amori, who had previously worked together in a band, as well as guitarist John McEntee and drummer Paul Ledney, who already knew each other from their work at Revenant. Under contract, the four are currently at Relapse Records.

Incantation is probably the metal band with the most line-ups and changing live musicians on the scene. The megalith of the Death Metal Underground has lasted a few years. They found a large following in their career and released ten studio albums, numerous videos, demo cassettes, LPs, singles and even a TV ad. Worldwide tours took the band to Japan, Europe, Australia, South America and many other places.

The lyrics of the band often revolve around Satanism, occultism and blasphemy – here one orients to traditional themes popular in Black and Death Metal.